Every once in a while these shoots lean over the edge just a tad.  Generally we don’t go nuts on these gigs, but we’ve joked about doing it a lot.  Bring a bunch of wine and just crank it up.  Hasn’t happened yet.  But Getty Images asked us if we’d like to do a shoot around the idea of Super Hero’s.  Not the standard super hero like Spiderman and such, but more the everyday worker as super hero.  Average office geeks reborn as it were.

Obviously, casting on this was critical so we went to our stable of average folks and found a number of great people to help us out.  We needed folks who could get rid of their own egos and simply hang out as super hero’s.  I think we found them.  Our models included Jackie Dixon, James Rienhardt, Marcel Davis, Grady Austin, Kevin Simon, and Pamela Turpin.  Wendy Dreaney styled this shoot for us and the people just looked perfect.  The Martin Selig office location provided by Mike Brixner fit the mood exactly and we were set.  We ad libbed the whole thing without a shoot list and the results were exactly what we wanted.  I think you’ll agree this one worked.

I want to do a lot more imagery in 2013 that's not simply predictable.  We'll see where this sort of thing leads. 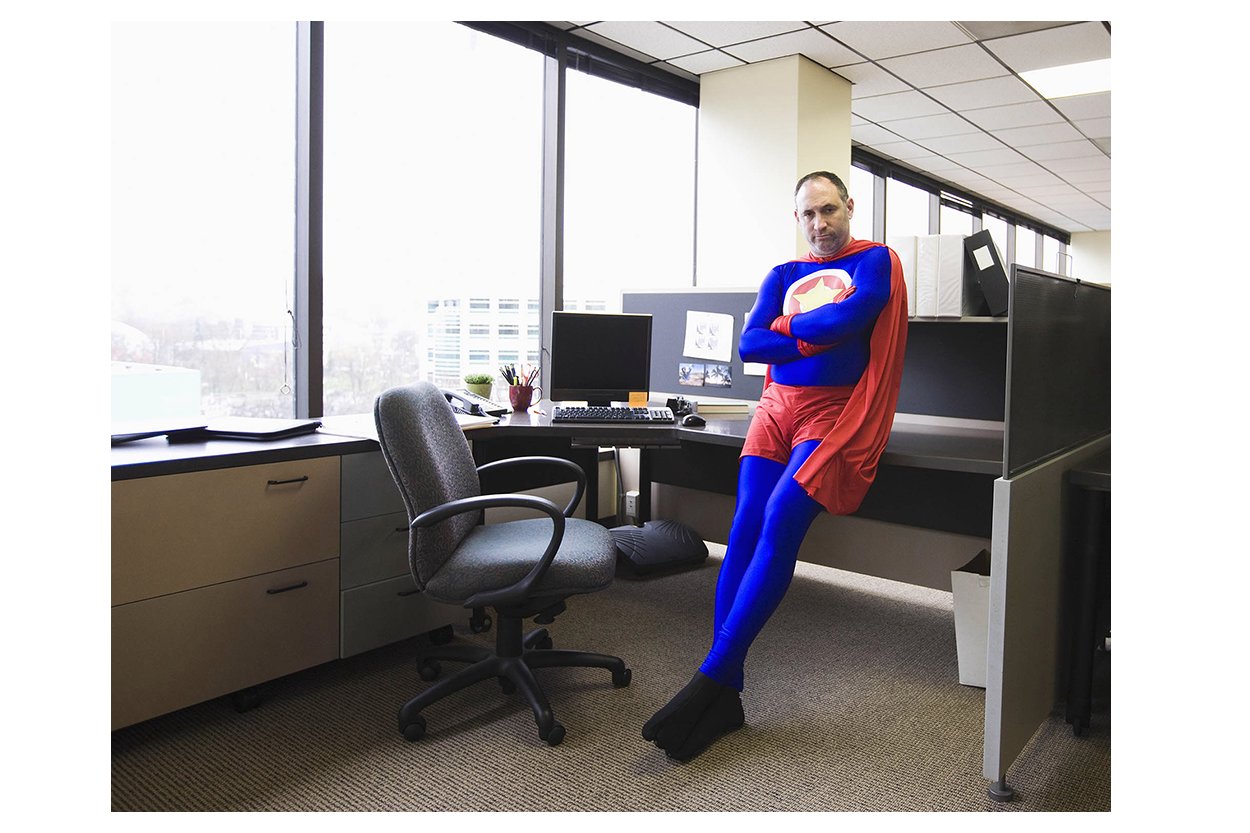 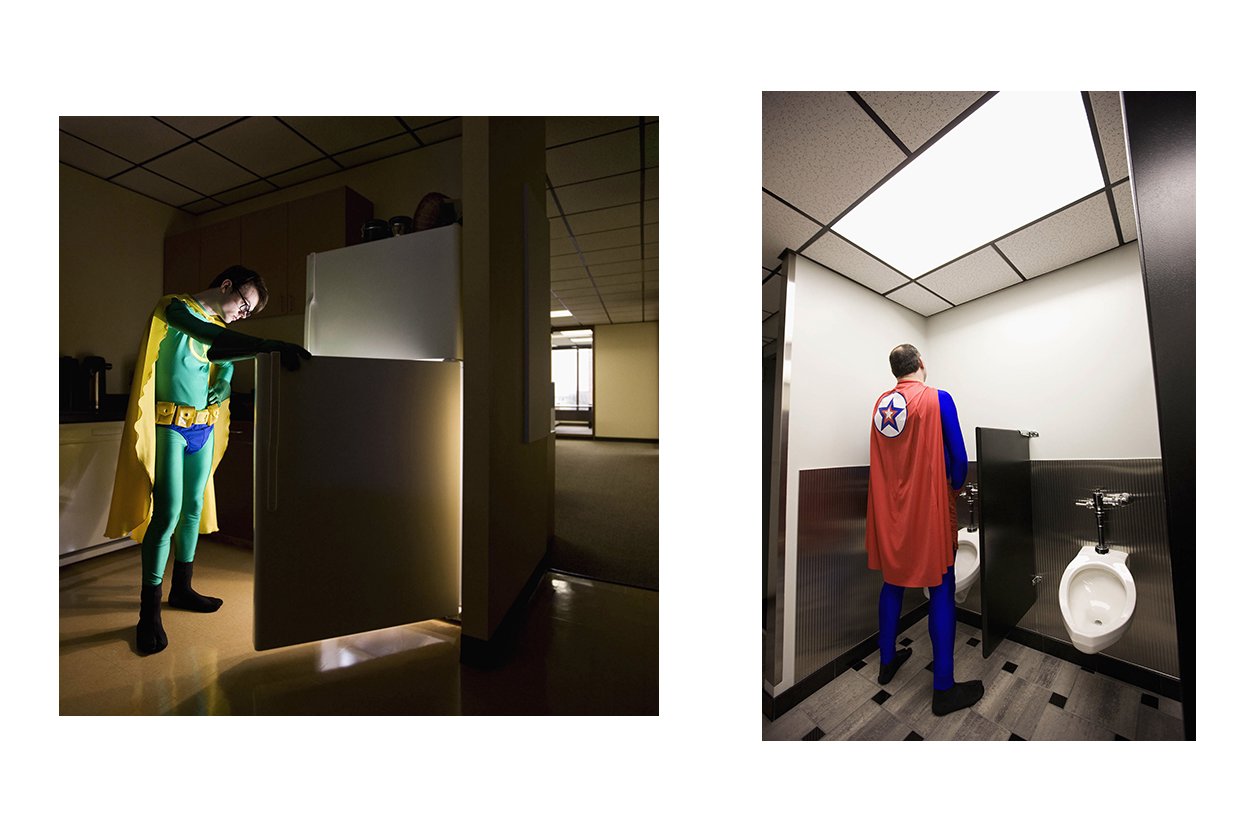 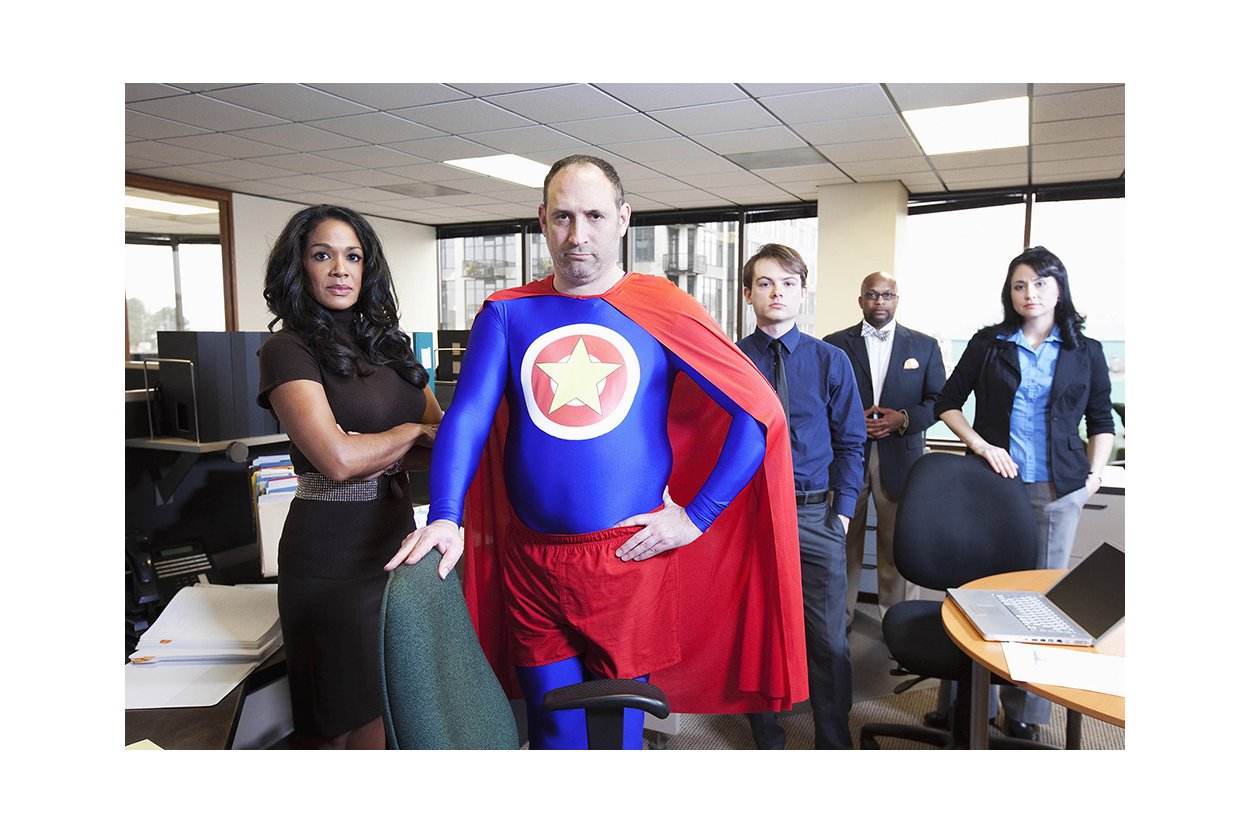 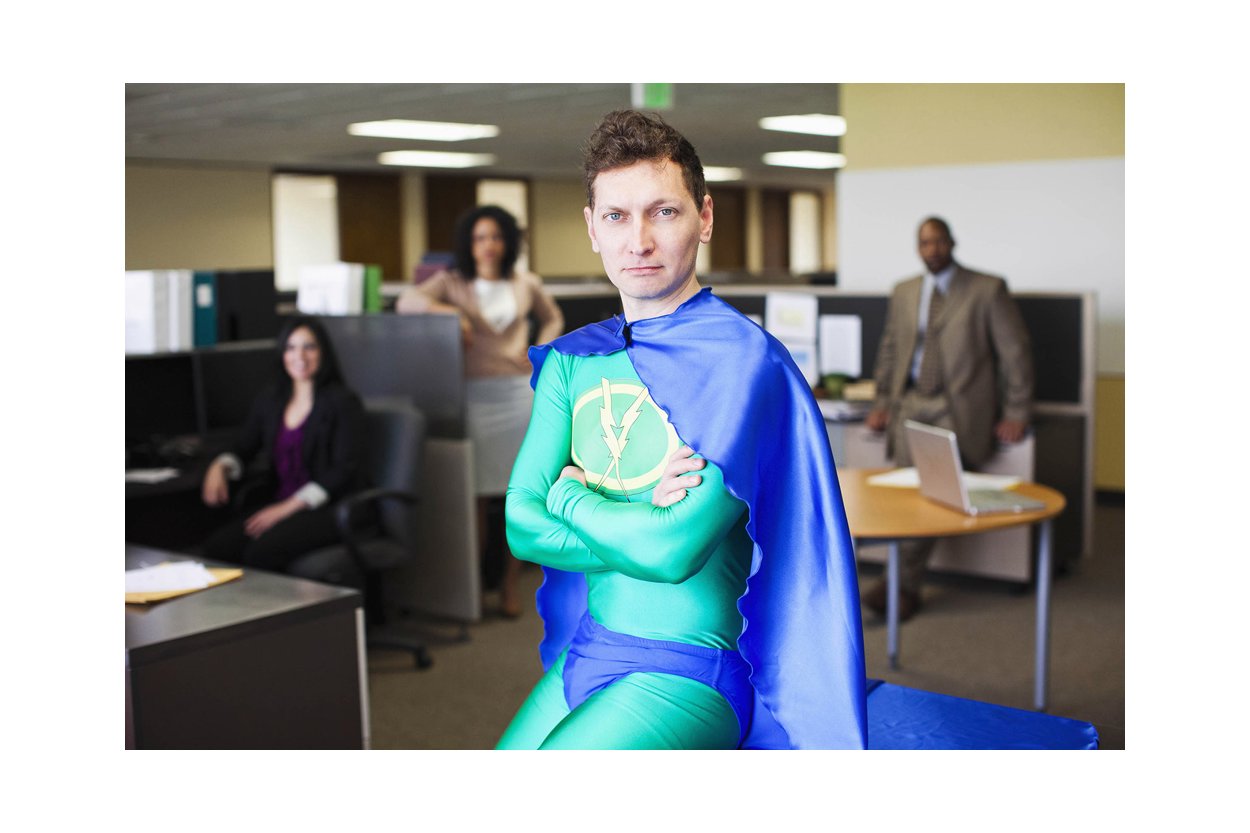 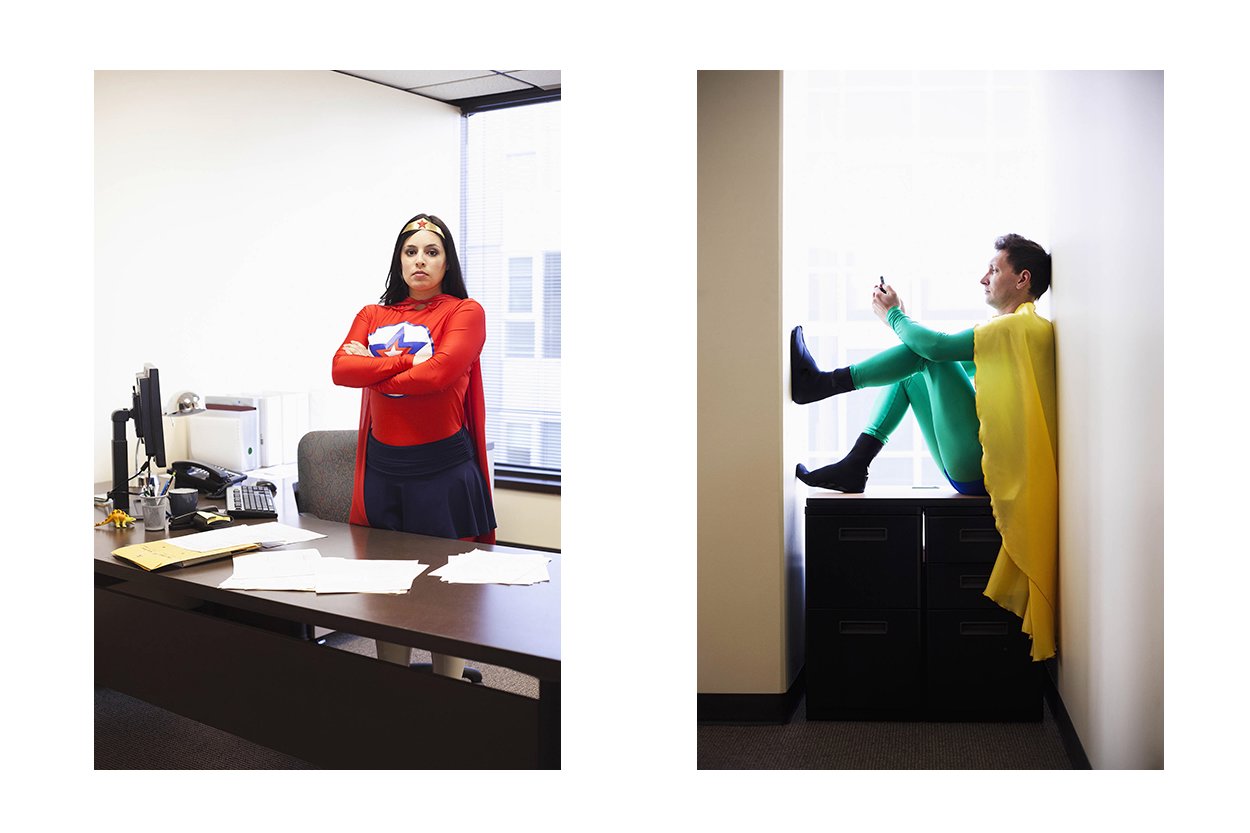 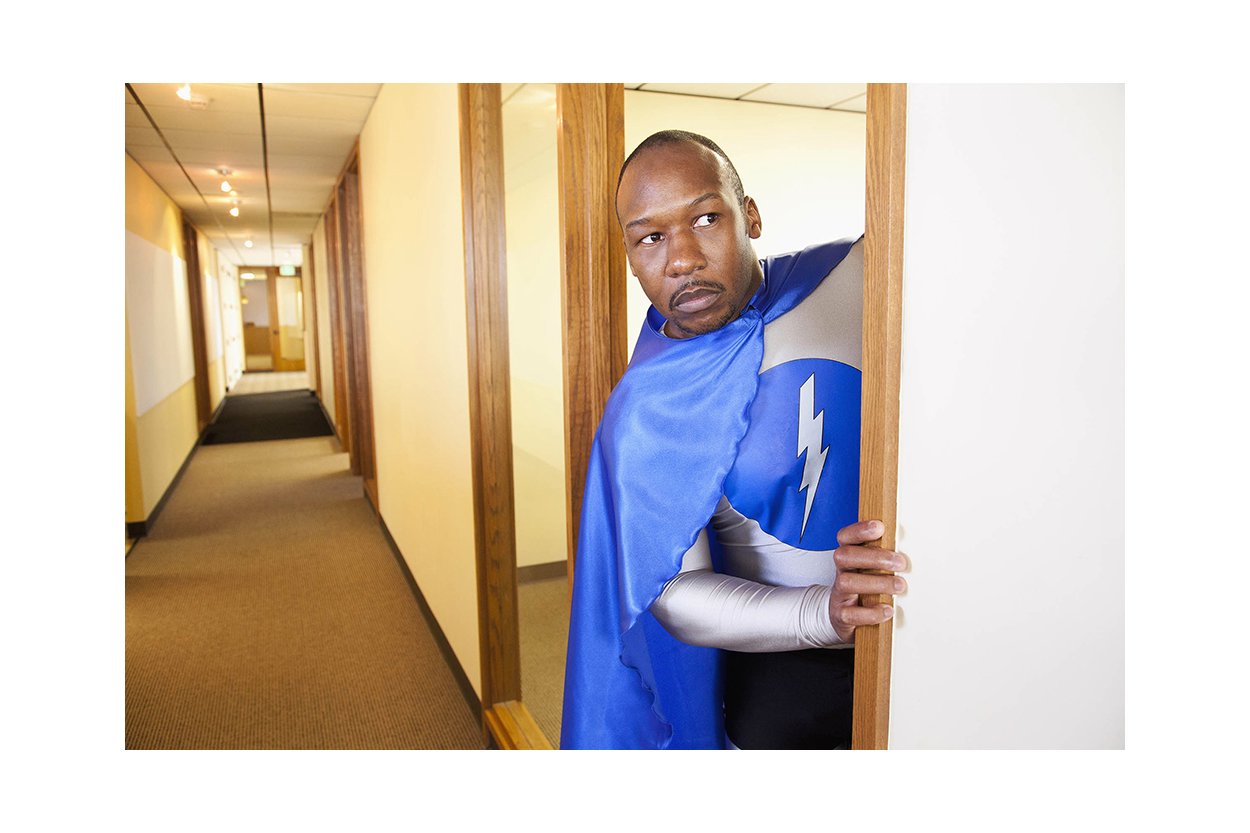 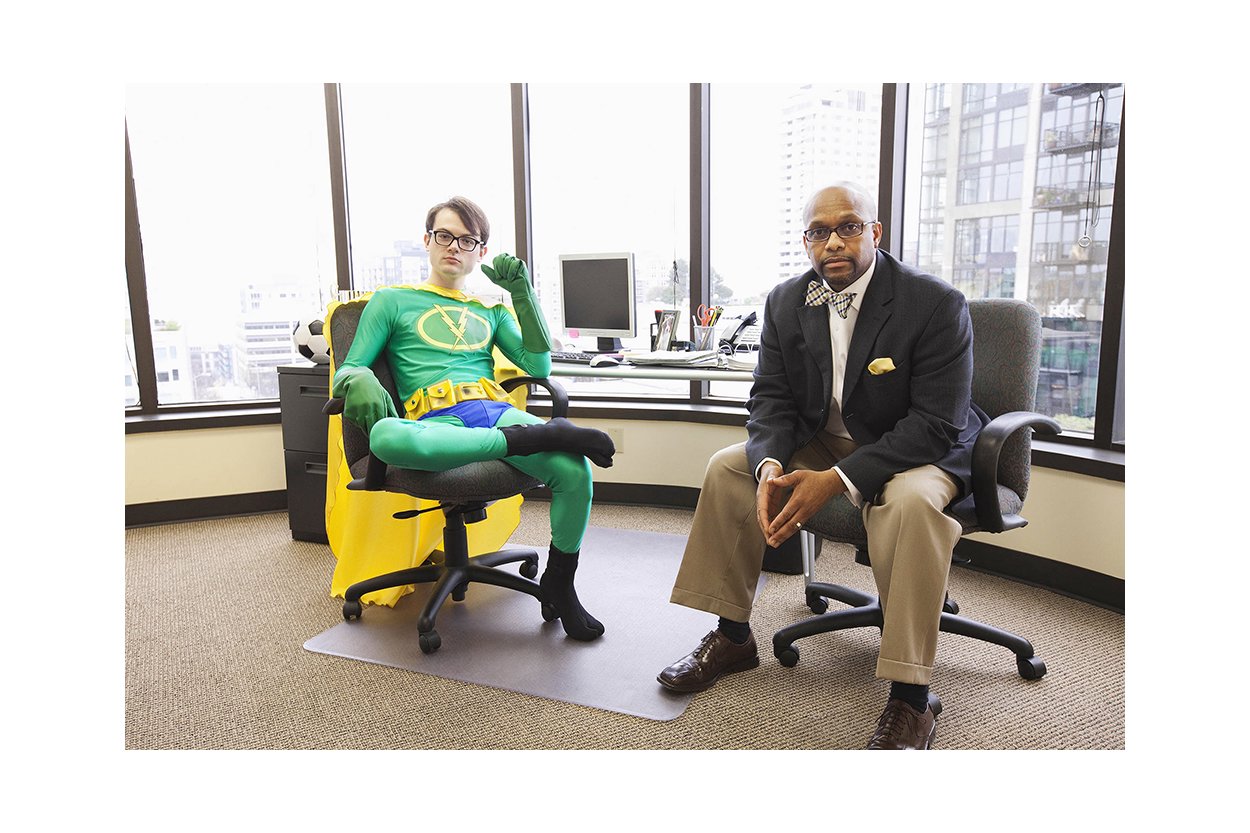 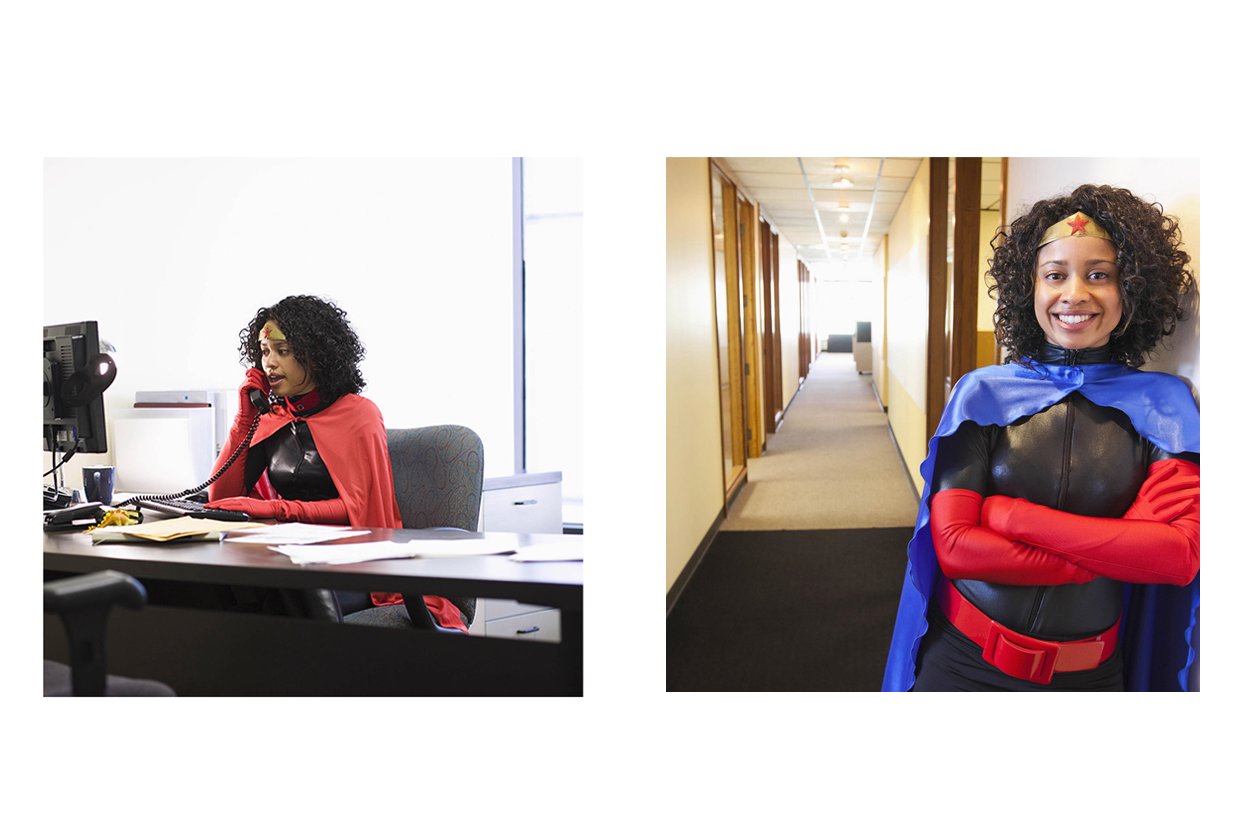